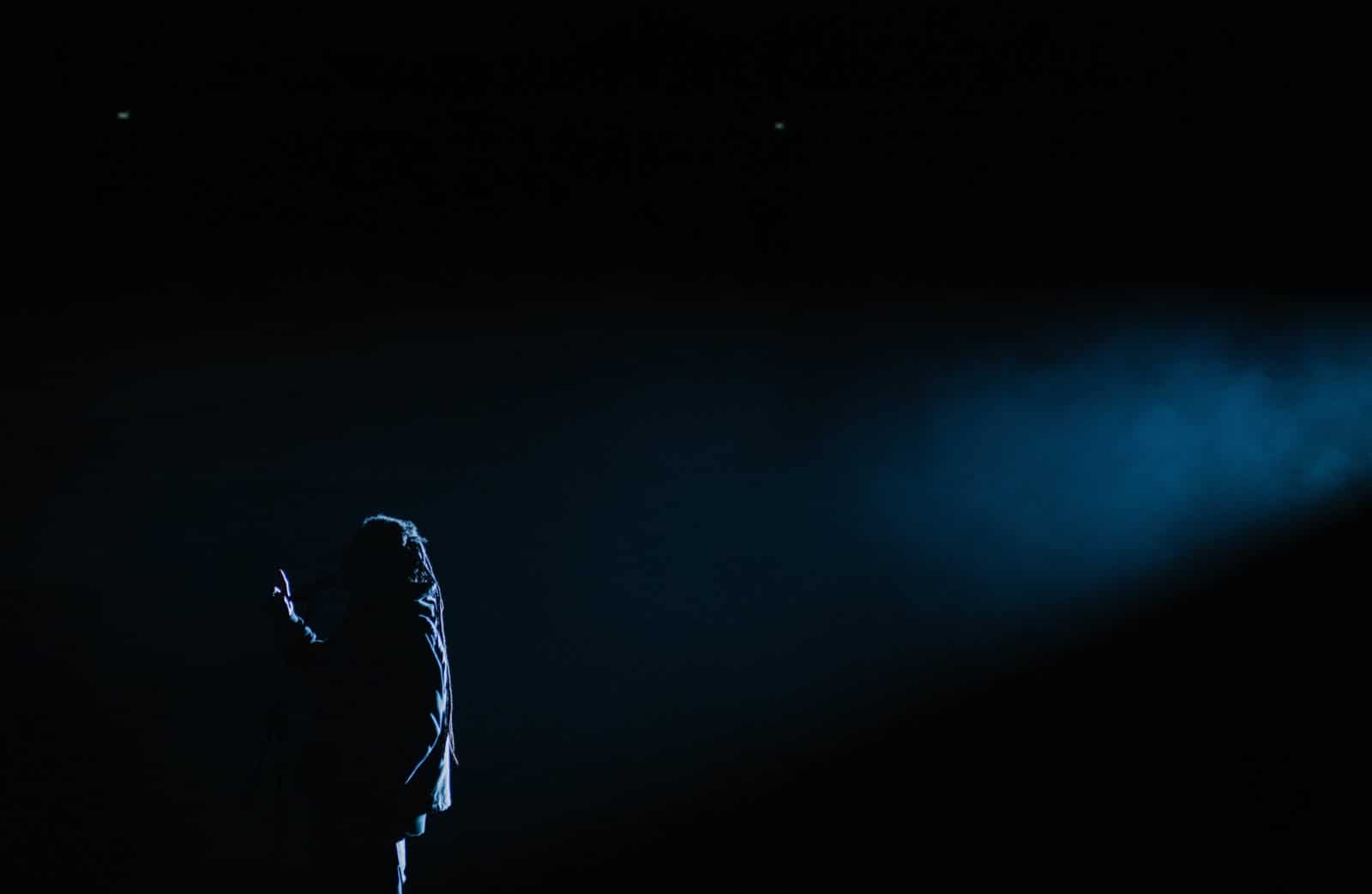 Rap has become a force in the music industry. Learn the 10 dope beats that changed history and rap beats to download for inspiration.

Since the 1970s, rap has been revolutionizing the music industry.

Many musical genres are recognizable progressions from earlier sounds. However, when rap hit the music scene, it seemed like the world had never heard anything like it before.

Born of pure creativity, the sound of rap is now an iconic part of American culture – and it has since gone worldwide.

There are a few incredible rap beats that aren’t just catchy, but have also changed this genre’s history of music. When you’re looking for a new rap beats download, add these to your list.

Let’s take a look at the fascinating history that makes rap music such a major cultural influence. Then, we’ll go over the ten best rap beats download selections today. Read on and get inspired!

The History of Rap

Rap has always been closely tied to hip-hop. Both genres came from New York City in the 1970s.

There is no one clear founder of rap, but a number of individuals were notable in its creation. New York DJ Kool Herc is widely considered to be one of the pioneers of the genre. He’s also known as the “father of hip-hop,” which shows just how closely the two genres have been tied since birth.

If you want to know where the best rap beats download selections came from, you have to go back to the early days. Kool Herc would sample certain parts of funk and jazz songs – usually the parts with strong beats and steady rhythms, since those were easiest to dance to.

Breakdancing was developed around this time, and was a popular way to dance to Herc’s unique mixes.

Most important for the future of rap was the way Herc would talk over the beats, rhyming along with the rhythm. This was one of the first times listeners heard what would later be called “rapping.”

Another major figure in early rap and hip-hop was Grandmaster Flash. Flash drew influences from other genres, including the new electronic sounds coming out of Germany, to make steady pulsing beats that were perfect to rap over.

Hip-hop, rap, and breakdancing were soon all the rage at the parties young black New Yorkers flocked to. Rappers were first known as MCs, short for “mic controllers.”

As this new style of music grew, other influences became clear. Spoken-word poetry groups, such as Harlem’s The Last Poets, had been speaking their minds on the streets for years. Their style fit in perfectly with rap.

Of course, rap seemed to be a brand new style, but its influences were actually quite old.

In addition to spoken-word poetry, other predecessors to rap included “scatting,” a vocal improvisation style in jazz music. Speeches from famous black speakers like Martin Luther King, Jr. and Mohammad Ali also were sources of inspiration for many rap artists.

However, rap music can actually be dated back to the traditional storytelling styles of West African cultures. There, the tribal history was often told against the rhythms of beating drums, while performers stomped their feet in time. These tribal sessions could last all night – not unlike the parties where rap was first popularized in America.

Today, rap music is still thriving, and is considered an important part of American popular culture.

In fact, research has shown that rap and hip-hop are a greater influence in today’s pop music than the Beatles were.

British researchers came to this conclusion after studying tonal shifts, chord patterns, and other features of songs (not including lyrics). They looked at over 17,000 songs that hit U.S. pop charts between 1960 and 2010.

Even though the years they studied began before rap and hip-hop existed as we know them, the influence was still clear overall. In 1991, when rap music finally hit the mainstream, it triggered a huge change in pop music that’s still being felt today.

What the researchers found was that the biggest change in modern pop music’s sound happened after 1991. The significance of that year was that N.W.A.’s newest album suddenly sold almost a million copies in its first week alone.

For the very first time, rappers were in the top spot on the Billboard 200 list. This marked a major moment in modern music, triggering the change that was discovered when British researchers decided to analyze 17,000 pop songs.

Although rap had been around since the ’70s, this moment was when rap truly hit the mainstream, achieving its full potential as a cultural influence.

Some of the best rap beats download selections played a part in this history-making. Now, let’s take a look at the rap beats to download if you want to really understand the historical significance of the genre.

This song by Sugarhill Gang wasn’t the first rap song ever, but it was the first rap hit. Released in 1979, this was the song that first brought rap to a wide audience.

Rapper’s Delight is instantly catchy, making it one of the top rap beats download choices. The disco influence can clearly be heard, but even though the song is clearly a product of its time, modern audiences still love it today.

This track by Afrika Bambaataa & The Soulsonic Force marked a couple of revolutionary sounds in the industry: the beat from the 808 drum machine, and the German electronic sound.

The melody came from electronic band Kraftwerk, giving a unique, futuristic sound that stood out in the crowd. The popularity of the 808 in today’s music can likely be traced back to this song.

Since its inception, having a relevant cultural message has been an important part of a lot of hip-hop songs – ironically, since mainstream culture often dismisses hip-hop as “shallow.”

The Message by Grandmaster Flash is an iconic track with an iconic sound that’s immediately recognizable. Although the beat is the first thing you’ll notice about this song, the lyrics cemented the importance of what rappers had to say.

Pharcyde’s track is best known for its unusual video, which was filmed backwards. However, this is truly an iconic and influential beat, in addition to having a great video.

Pharcyde was one of the first “alternative hip-hop” groups. As the genre became more mainstream, it was important to carve out a niche for creative sounds that weren’t necessarily going to appeal to a mainstream audience. The alternative sound can clearly be heard in this creative track.

This song from Notorious B.I.G. discusses his rise to stardom from a difficult life. The uplifting beat is the perfect companion to the lyrics.

This melodic track appealed to a wide audience and was perfect for radio play. Yet B.I.G. didn’t lose any authenticity – the track still carries the grit of authenticity.

The Beastie Boys were a critical part of the popularization of hip-hop in the ’80s, and remained relevant for many years after, thanks to their creative beats and vocalizations.

Paul Revere’s stripped-down beat put the focus on the vocals, but still brought a new sound to the rap genre. A reversed beat from an 808 machine gives this track a sound unlike anything else that had been created before.

There’s a reason why N.W.A. was responsible for hip-hop hitting the mainstream. They pulled from funk and early hip-hop to make beats like this one, which was the perfect backdrop for the socially conscious lyrics.

It’s difficult to pick just one Lil Wayne song to include on the list, but Fireman is a great example of the new sound he brought to the rap genre.

This song has a beat that’s subtle during verses to show off Lil Wayne’s vocalizations, then hits harder during the chorus, giving an effect that audiences love. From radio play to underground parties, tracks like this have helped cement rap’s popularity in modern culture.

This song prominently features two of the biggest rappers in the modern world: Kanye West and Nicki Minaj.

Although the track has a distinctly modern sound, the beat actually hearkens back to earlier rap songs, with no samples and a stripped-down feel that focuses on the drums.

Nick Minaj was far from being the first successful female rapper, but she is certainly the biggest. Her verse on this song was widely acclaimed, as she runs through a range of vocalizations to show her versatility as a rapper.

Throughout the track, the beat provides just the right amount of atmosphere while letting the various featured artists show their skills.

As you can see, the best rap beats download selections span across time, with a wide variety of different styles.

Some of these tracks have a message. Some are just fun music to party to. Some are lighthearted, while others are deep. But in all of them, the beats showcase the progression of rap music through history.

Although we think these are some of the best rap beats download options, the list certainly doesn’t stop there. For more great rap beats to download, make sure to check out this list of amazing rappers who are changing the game.