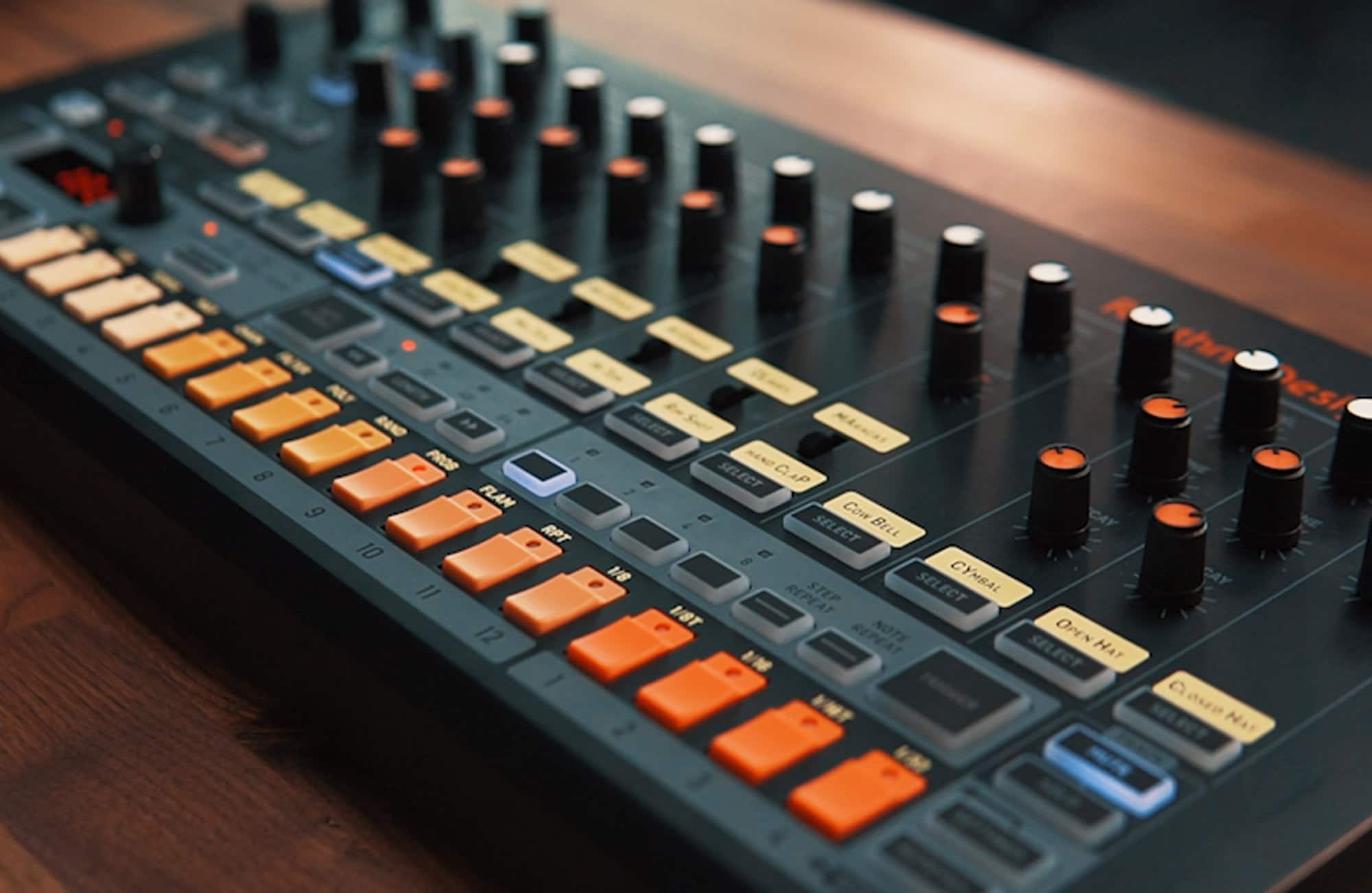 What do Marvin Gaye and Usher have in common?

You certainly know about drum machines. If you make music, I bet you have one in your closet right now.

These devices are the backbone of music today, but do you know about the machine that kickstarted a movement?

Don’t worry if you don’t. The rest of this article will tell you everything you need to know about 808s.

The Beat Heard ‘Round the World

In 1980 Japan, Roland created the TR-808. The machine was considered a commercial failure, going out of production only 3 years after its launch.

The fizzle sound was created by a defective transistor. When the manufacturing company fixed the part, Roland couldn’t make 808s anymore.

In 1983, “Planet Rock” by Afrika Bambaataa and The Soulsonic Force was the first song to popularize the 808, thus changing history.

It gave birth to an electro movement seen in dance, hip hop, pop, R&B, EDM, and countless other genres. It invented the loop, used anywhere from professionally-recorded hits to songs children make on their iPads.

There’s even a documentary entitled 808 that’s dedicated to their importance.

Dared to be Different

Oddly enough, the 808’s failure is ultimately what made it a success.

They were priced significantly cheaper than competing brands, providing drum machines to musicians on a budget. These artists quickly discovered the magic than an 808 could make.

They didn’t sound like a drum, which was originally what turned people off to them. What some people saw as a robotic-sounding toy, however, others saw as a wealth of creativity.

Musicians of every genre took the tinny snares and bombastic basses and ran with them. The 808 dared people to be different and break the rules of popular music.

It maxed out both ends of frequency, with a treble that could carry for yards and a bass that could blow your speakers. It taught musicians to prioritize beats over melody.

A beat by itself could become an entire song with the 808.

The structure of music would never be the same.

With the new rapid hip hop beats, rappers had to learn to rap in halftime. They had to restructure their flow and rhymes to hit over the music.

The repetition of the drumbeat allowed hip hop to perfect the loop, and it allowed techno and house to create longer songs. The simplicity of a loop allowed a song to develop through other means.

Power pop emerged from this scene, trickling in the create the bombastic sounds of the 1980s. Even today, synthesized instruments are still commonly used.

The revolutionary thing about the 808 was that it was simple to use. If you were willing to play with it and make your own beats, you could be a producer.

It was also extremely customizable. Before 808s, producers had to work with live musicians or dig through records to sample and mix existing beats.

Not only did the 808 define genres, but it also blurred the lines between distinctive sounds.

The sound wasn’t determined by location–you didn’t have to be on the East Coast or West Coast to get the hip hop beat you wanted. If you had an 808, you had the sound.

People would riff off each other’s beats, or take inspiration with how another producer modified their 808. One producer would buy an 808 and share it with other musicians.

Even if you don’t think you know what an 808 sounds like, you have definitely heard them in music before. Take note of the wide variety of genres in the below list.

Drum machines are still a staple in any musician’s setup. They range from as large as a studio to as small as a calculator, and they can suit any need.

Artists still value the collaboration of the 808, with producers selling hip hop beats and artists making them their own. A song is influenced by many minds before it hits the market.

Looping is also a crucial element of modern music, from genres like shoegaze to acid house to hip-hop. Just as anyone in the 1980s with enough patience and creativity could create bumping sounds, people today can do the same with technology.

There are tons of copycat 808s on the market today, even some made by Roland. In 2017, they revived the 808 and updated the design to be more portable.

Purists will argue that only the original 808s have that classic sound to it, and it can never be replicated.

Nonetheless, the popularity of drum and looping machines have blown up the market. Basic programs like GarageBand and simple iPad apps, which most people have access to, mean that anyone can make a great beat.

If you don’t have an 808 but crave that sound, there are plenty of rap beats for sale from authentic machines. Browse our selection to find exactly what you’re looking for.

Be Part of the Rap Industry and Hip Hop Royalty!