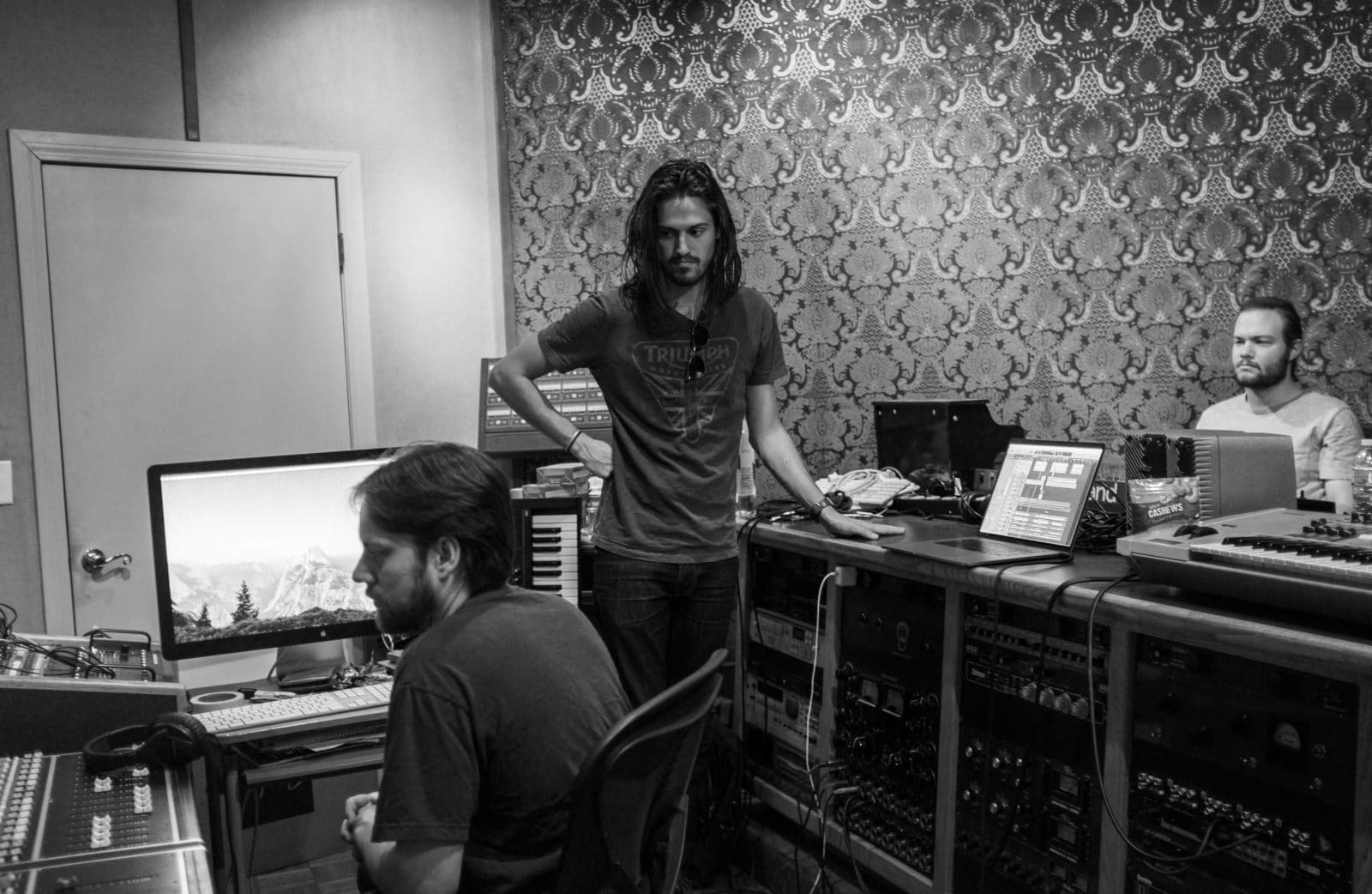 Are you an aspiring songwriter? Learn what it takes to create a hit song.

You have a melody bouncing around your brain. You haven’t been able to stop thinking about it for weeks now.

How do you take that tune and turn it into something tangible though? It takes time, practice and work of course but it’s not unachievable. So what does it take to make a hit song?

Well maybe not your story, but the story you want to tell in a song? So many potential hits are lost because the song itself is disjointed, built off of an idea instead of a story.

This doesn’t mean that you have to harken back to the singer-songwriters of the 1970’s and craft an 8-minute opus. When we discuss story in this regard, we’re talking about a cohesive through-line that will propel the listener on a path with the singer.

Mike Caren, who runs a Hollywood recording studio, suggests that, just like an author of a novel, songwriters should have an outline that they build their story around. Express, Question, Command, Repeat, and make a Personal Statement are some of the points each song should hit in his estimation.

It is simply human nature to want to show off your talents, nothing wrong with that. But when you’re trying to craft a hit song, it can sometimes be easier to grab an audience’s attention with a less intricate piece.

That is not an attempt to hold you back artistically, it’s just a reflection of how audience’s have been trained to look for and receive their entertainment.

Don’t be afraid to say nothing. Songs that are so full of lyrics and music can be unrelenting and wear the listener down. The last thing any artist wants is for their work to appear and the audience immediately back away.

Well placed breaks in the action can give everyone – artist and audience – an opportunity to catch up. It is a chance for the listener to process what the song is telling them and catch their breath for the next part of the story.

These do not need to be long pauses of course that cause the listener to question if something is wrong. You can do a lot in a beat.

A well-placed break can also be a great way to instill a little drama into a song. Sometimes you can say the most by saying nothing.

Words Should Paint a Picture

Yes, we just said that simple is best but that doesn’t mean your word choice has to be basic and dull. After all, a strong hit song is one that brings people into it right?

Think about the songs that inspire you, the ones that you go back to time and again. It’s probably a safe bet that those songwriters have done a strong job of creating a seemingly very real world.

This can be done with a well-placed adjective or adverb or by showing instead of telling. It’s a concept that you don’t just tell your audience how you feel – “I am sad” but you show them – “A cold November rain.” The second option paints a more vivid and melancholy picture doesn’t it?

Maybe You Don’t Need a Word?

“Na-na-na-nana-naaa” Hey Jude right? One of the most well-known songs in the world. While it has masterful lyrics, it’s also got a number of sections of what could be called non-words.

These can be just as important as finding the right word in other places. using non-words gives a song room to breathe, it creates an easy opening to invite in the audience. The use of non-words can give the music a chance to come forward or in some musical genre’s the vocalist a chance to stretch and shine.

If you choose to go this route, you have to ensure that your addition is done in service of the overarching story. Don’t just add a pandering break to try and get an audience to clap.

Every one of us was given the same advice by a grade school teacher – write what you know. It’s advice that we should still take to heart today, especially if trying to write a hit song.

Consider the song “Space Oddity” by David Bowie. Bowie certainly never physically experienced that situation, but the tale of exploration, isolation, loneliness, and an attempt to commune with the universe fit within his personal makeup. So he transposed those feelings and experiences into this.

Any writer will tell you that the key to achieving success, in any medium, is to never stop writing. Inspiration can strike anywhere at anytime and you need to be ready for it.

You might be working on what you feel is a sure thing but you’re stuck. Rather than try and fight through that block, set the piece aside and move on to something else.

What will happen is that by not thinking about it, you’ll find an answer to the lyrical issue you faced. You could also discover that the block was happening because sitting off to the side in your mind was an even better idea.

Many will find this one of the hardest parts of songwriting – crafting the title. That’s because it has to do so much in so little space.

You want a title that will be remembered of course but you also want it to cause people to pause. A good song title will make people ask themselves “What’s that all about” and then hit play to find out.

If you look at the popular songs of the past even just thirty years, you can definitely see some trends and patterns in the music that grabs people. You’ll also find some music that makes you say out-loud “What was that?”

While you can follow a certain science to craft your potential hit song entry, there’s really no way with certainty to tell what the listening audience is looking for. That’s why the real secret to writing a hit song is to never stop trying.

Never stop writing. Never stop singing. Never give up on that melody moving through your mind.

Creating the Next Hit: 9 Songwriting Tips to Boost Your Music Career | Tellingbeatzz

How to Get People to Listen to Your Music

Exploring Your Options for Where to Buy Beats